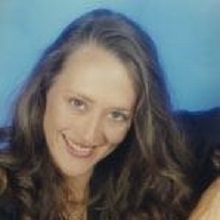 Janis Dunson Wilson is a published theatrical, film, instrumental, and choral composer (ASCAP), as well as a choral and theater conductor, pianist, organist, and educator. She writes in a variety of musical styles, with areas of concentration in musical theater, opera, film and dramatic underscoring, sacred choral, children’s, organ, and electronic music. Janis’s theatrical compositions include “The Wedding,” an opera in three acts, with librettist Harry Reid; “It’s a Wonderful Life” and “The Tailor of Gloucester,” with writer Marcy Telles; and “The Winter Rose,” co-written with Marlies Dunson. All works were produced by Cinnabar Theater, Petaluma, CA. Janis’s dramatic underscores for theatrical productions include “The Mystery of Irma Vep” at 6th Street Playhouse, Santa Rosa, and “Macbeth” and “East of the Sun and West of the Moon,” commissioned by Santa Rosa Junior College. Janis has musically directed numerous musicals throughout Sonoma County, including the upcoming production of “Kiss Me Kate” at 6th Street Playhouse, and recent productions of “Jesus Christ Superstar,” “Willy Wonka,” “Grease,” and “Guys and Dolls” at Santa Rosa Junior College, where she is an adjunct professor in the theater department. In addition to being the musical director of “My Fair Lady” at the Santa Rosa Junior College in the fall of 2011, Janis will be the musical director for the 2011 – 2012 season at 6th Street Playhouse.