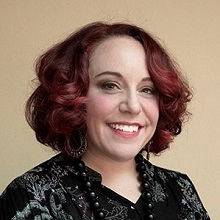 Coleen Scott Trivett is a Costume Designer with an MFA in Costume Design from Boston University, where she received the Kahn award upon graduation. She has worked for nearly 20 years in theater, opera, film, and television. After finishing her Graduate Internship with Academy Award winning costume designer Ann Roth, Coleen worked in television and film with designers Stephanie Maslansky and Tina Nigro. She works with her creative partner, photographer Ben Trivett, doing makeup and styling for fashion and fine art portrait photography. Coleen taught Costume Production and Makeup for Stage and Studio at Saint Ann's School in Brooklyn, NY from 2005-2018. Most recently, she was the costume designer and technician at Ventura College in Ventura, California. Coleen is the author of The Costumes of Burlesque: 1865-2018, available as of June 2019 from Routledge, Taylor and Francis.