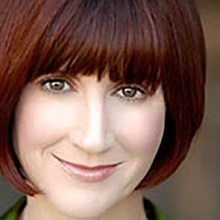 Leslie McCauley has been teaching at SRJC since 1994. She teaches acting, Shakespeare, multicultural theatre, theatre history and literature, and directs main stage productions. A member of Actors' Equity, she has performed with the California Shakespeare Theatre, Marin Theatre Company, and TheatreWorks. She has directed shows for Word for Word and Woman's Will in San Francisco, Shakespeare at Stinson, Summer Repertory Theatre (SRT), and Las Positas College. Leslie's teaching credits include the California Shakespeare Theatre, The School of the Arts in San Francisco, Las Positas College, Napa Valley College, UC Davis, and California State University, East Bay. In fall of 2004, Leslie taught in London for SRJC's esteemed Study Abroad Program. She was selected as the Tauzer Lecturer for SRJC for 2008. In 2009, she was honored to receive the Elizabeth Carlson Award for significant contributions to SRJC. Summer 2010 she traveled to Austin, Texas to receive the 2010 NISOD Award for Excellence in Education. Spring 2012 she traveled to India for her sabbatical project on classical Indian dance theatre, for which she received the award for Outstanding Sabbatical Report.

After her solo adventure to Buenos Aires, Leslie became addicted to Argentine Tango.