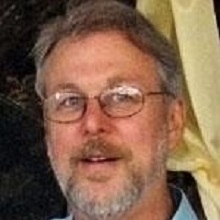 For the past 20 years Peter has made his living as a freelance theatrical scenic designer. His body of work includes Ballet, opera, musicals, contemporary and period drama, experimental works, and several world premieres. He has designed over 200 productions, and worked on countless others. As one of the sought after designers in the San Francisco Bay area, He has worked for many Bay area companies including, Festival Opera, Sonoma State University, Opera San Jose, Marin Theater Company, Revels, Napa Valley College Lamplighters, DLOC, CCMT, Lake Tahoe Shakespeare Festival, Opera San Jose, Solano College, Jarvis Conservatory, SRT and Willows. His design work has won many awards including San Francisco Bay Area Critic’s Choice, Shellies, and Goodman Choice. His work is known for it's clever solutions, attention to detail, as well as the beauty of his scenery.

For the last several years he has worked at Santa Rosa Junior College Theater Arts Department as a guest designer and instructor. He relishes the varied collaborative aspects of theater, where constantly training people is a part of the job. It is his great pleasure to pass his love of backstage theatre on to students.

Peter also works as a fine artist and his sculpture installations can be seen in downtown Cotati, Paradise Ridge, and every October in ARTrails.