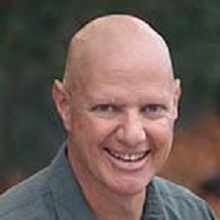 Reed has double-major in Dramatic Arts and Political Science from the UC Berkeley, and an MFA in Acting from the UC San Diego. He is also a proud graduate of Sonoma Valley High School, The Bill Kinnamon School of Professional Umpire Training, and Ringling Brothers Clown College. As well as teaching at SRJC, Reed is also on the faculties of Napa Valley College, Diablo Valley College, and San Joaquin Delta College.

Reed has written for the BBC, NPR, Britain's Channel Four, RTE Ireland, Public Radio International, The Washington Post, SKY TV UK, and Vogue Magazine. He co-wrote the comic memoir How the Bible Changed Our Lives (Mostly for the Better) published by Westminster/John Knox Press, Reduced Shakespeare: A Guide for the Attention Impaired published by Hyperion Press, and Pop Up Shakespeare published by Candlewick Press in the USA and Walker Books in the UK.

He has been seen on all the major television networks and has performed in Madison Square Garden, twice at the White House, as well as in forty-six states and eleven foreign countries, including New Jersey. Prior to joining the Reduced Shakespeare Company, Reed spent two years as a clown and assistant ringmaster with Ringling Brothers' Barnum & Bailey Circus where he spent two years frightening children and smelling of elephants.