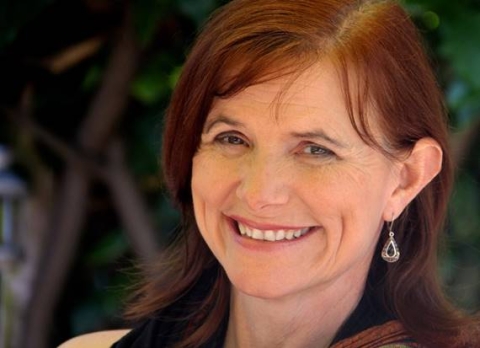 It is with great sorrow that we share the sad news of the passing of our beloved Theatre Arts associate instructor, Wendy Wisely.  After a long, hard-fought battle with brain cancer, she slipped away peacefully at home last Thursday, June 2, with her husband, Michael, and her daughter, Olivia (Liv) at her side.

Wendy faced her illness the same way she embraced life in general – with courage, laughter, humbleness, strength, and an unwavering ability to savor the preciousness of every moment.  As our colleague, Reed Martin, said when he heard of her passing, “She was a positive, encouraging, bright light in the world.”  Those who knew her–colleagues, students, friends, family, fellow artists—couldn’t help but feel lighter in her presence.

Wendy worked for Santa Rosa Junior College as an associate instructor and theatre director for 28 years.  She directed many memorable productions for the college during that time, including Emotional Creature, Welcome Home, Jenny Sutter, and The Good Doctor.  Her striking production of Gross Indecency: The Three Trials of Oscar Wilde received a Dean Goodman Bay Area Theatre Award in 2000.  Drawing upon her professional experience, she taught a variety of acting courses, as well as Introduction to Theatre Arts and Multicultural Perspectives in American Theatre.  She participated actively in curriculum development and was a dedicated member of the play selection committee, often championing new and diverse works for the department.  She became adept at teaching online courses and provided invaluable wisdom for her fellow instructors in that regard, especially during the Covid closure.

A “freeway-flyer” commuting from Richmond, Wendy also taught and directed productions for Las Positas Community College regularly and Chabot Community College occasionally, as well as classes for UC Berkeley in recent years.  One of her greatest passions was sharing the larger world with her students.  With that goal in mind, she taught two semesters with the SRJC Study Abroad Program, one in London and one in Florence, and a delightful two-week summer program in London for Las Positas College.

A professional actor and director, she worked throughout the San Francisco Bay Area in film, television, and theatre.  In fact, she performed in the ensemble of Center Rep's (Walnut Creek) production of The Christmas Carol just six months ago, gracefully defying her cancer’s symptoms.  Her husband, Michael, starred as Scrooge in the production and the entire company rallied around Wendy, subtly supporting and guiding her as she navigated the complex, 2-story set.  The audience, delighting in the magic of the show, had no idea of the strength of spirit they were also witnessing.

Wendy was a warrior for education, a warrior for the arts, and a warrior in her personal life–the latter being exemplified by her earning her black belt in the martial arts form, Krav Maga, just two years ago at age 58.  Her greatest battle is over now, but her legacy will live on in all those she inspired throughout her life.

"And flights of angels sing thee to thy rest."
Horatio, Hamlet

The Department of Theatre and Fashion